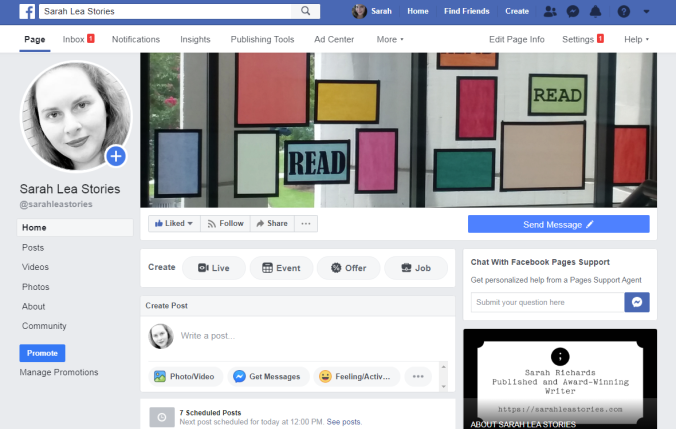 So I am getting ready to start summer school—another semester of work-study, a class I don’t care about, and Intermediate Algebra, which is very scary indeed.  I made a D in it about 15 years ago, and I allowed my fear of failure—that I wasn’t smart enough to finish college—keep me from finishing.

Like Buddy Sorrell on The Dick Van Dyke Show, who could make a joke out of any word (including “milk bath”), I can write a poem on the spot about any word, but algebra has always been the bane of my educational existence.

Except this time, I am so close, with only a handful of credits left before I can work as a copy writer somewhere in the medical field.

This time, I will have access to free, on-campus and virtual tutors.

This time, I will have a few hours a day at work to focus on this class I will never use again, but will help me get to wherever I am going—that place called Career Contentment. I don’t know where that is yet, for I am still following the map, but I have a pretty good idea of what I will be doing when I get there.

My time is more limited than ever now, so I’ve decided to cut most of my weekend posting (I’d just had enough of dealing with self-inflicted “homework” first thing in the morning).  The one exception is a single #SundayInspiration Instagram post (see bottom) with what I hope will be considered “thinking outside the candy box” (https://www.instagram.com/sarahleastories/?hl=en).

I’d forgotten I even had an account until a recent Facebook friend followed me, and I thought, well, I do have one of those phones now, and I can take a shot of virtually the same thing (which will help establish my “theme”).  I’d tried Pinterest, but it’s more for consumers than creators, and I like the cleaner, sleeker look of Instagram.  Pinterest also seems like it’s more for crafters than writers or photographers.  Furthermore, Instagram seems much more personal, more real.  It has a freshness Pinterest does not.

Streamlining your writing process is a form of minimalism, and it can help you focus on the more important aspects of writing (like improving your craft and getting paid).  It’s good to have a social media presence (any publisher expects this if you’re unknown), but the thing that will get you noticed is submitting, submitting, and submitting [quality] work.

Instead, I will be posting two writing “workshops” (basically, writing tips) the first and third Mondays of the month, and two book reviews the second and fourth Mondays (as I will be dropping the Micropoetry Monday segments at the end of the year).  The latter will help me read more (as I’ve been reading poetry this semester, mostly), and the workshops are bits I post on my Facebook author page, so they’re already “baked in.”

This is one way of maximizing your writing.  To come up with brand new content for every social network isn’t worth it, because chances are, your friends, fans, and followers won’t catch your post on every network anyway, so it won’t seem like you’re repeating yourself.

One Instagram post a week is much more doable than six a week on Twitter—that’s too much time taken away from submitting.  LinkedIn is limited, because it’s what I call “businessy-boring.”  I rarely write a post specifically for the network but if something I write works on there as well as my blog, I’ll post the whole piece on there (as people hate being redirected to another site).

LinkedIn is basically Facebook-lite, complete with memes.  All too often, I see “connections” sharing someone else’s quotation.  Have an original thought in your head, for goodness sakes!  It doesn’t do anything for your brand, only the person’s you are quoting.  Though I haven’t been guilty of posting such things, I have been guilty of sharing them.

For me, it’s all about creating content.  The only new blog post I have to create is on Wednesdays—the Writer’s Digest poetry prompt.  Fridays are taken care of, because the posts are based on my novel, rewritten in verse form (which I’ve decided to make a separate, promotional chapbook out of called Mormons on the Beach).

I plan on spending the writing part of my weekends writing new work, editing existing work, and submitting to publications.  I haven’t been doing enough of that lately, but then when I come home from work and school, my daughter’s just gotten off the bus and I only have about about three hours with her till it’s time for her to go to bed.  I need that time with her as much as she needs my attention.  If I didn’t have her, I’d be spending too much time clacking at my keyboard, my eyes glazed by the glow.

Social media has its place, but it should be used wisely and sparingly.  Though Twitter is the equivalent of a bathroom wall, it isn’t a complete waste of time, as one of my friends hooked up with a local philanthropist through it who self-published her book; I got a guest blogging gig.

As for WordPress, don’t waste time reblogging (people never return the favor), unless you’re reblogging your own guest post.  Don’t waste valuable real estate on your blog with someone else’s work.  Again, this is elevating their brand, not yours.

What’s more, it’s one thing to use stock photos on your blog (I balked for the longest time, but I’m just a fair photographer with a lousy camera), but photography is Instagram’s focus (pun intended).  Strive for authenticity.

The moral of this post:  Write, edit, and submit—that’s the real work.  That social media stuff is a hobby.  A blog is the best of both worlds—a hybrid, of sorts.  Someday, I hope it will make me money (either directly or indirectly), but in the meantime, I’m having lots of fun doing it.