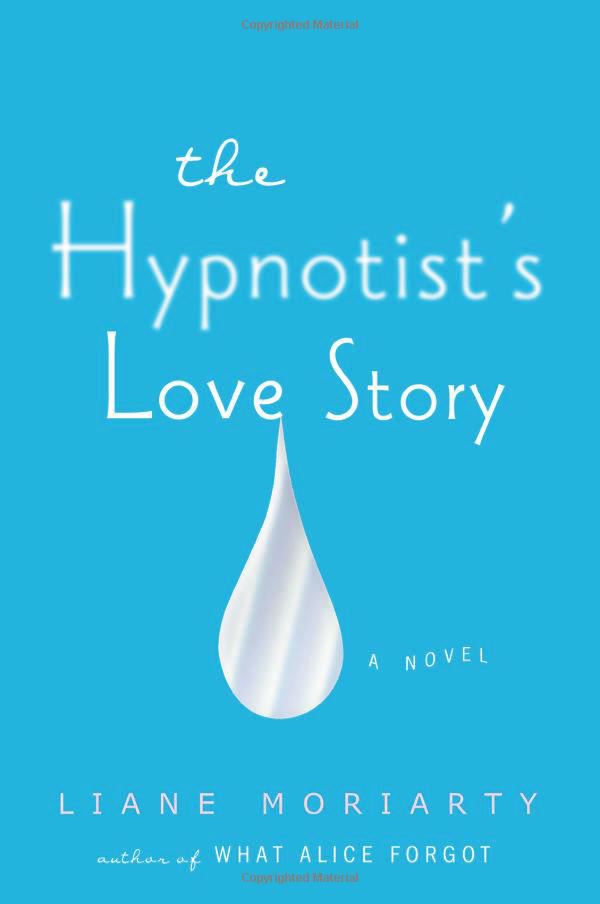 This was a fun read, but a little different than I was expecting.  It was set in Australia, which interested me, but I was expecting a Hitchcockian thriller (I should’ve known better, from the cover design), but what I got was a stalking story shadowing an unconventional love story (meaning the “hero,” as they would call him in Harlequin romance novels, is quite the dullard).

Though it was what one might label a beach read (which is rarely a compliment), the characterization was phenomenal.  Even the supporting characters all had personalities that set them apart from what I would call stock characters.  It was light on plot, but character has always trumped plot for me, for I fall in love with characters, not stories, but for the characters involved in them.  (Hence, why I read The DaVinci Code only once.)

Though the hypnotist was meant to be the main character, she competed with the stalking character, whom the author made sympathetic, even though I didn’t approve of her actions.  However, the dueling stories didn’t hurt the book, because both women’s stories were compelling (which is no easy thing to do).

I did learn a little about hypnotherapy, but I wasn’t bogged down with details about it.

I hope the author will refrain, in future books, from adding “their heads,” or “their hands,” when referring to someone nodding or clapping.  Those redundancies drive me crazy, but other than that, it was nicely written.  The pacing was spot-on, for I didn’t skip through one bit of it, and the mini lead-ins to each chapter were a nice touch.

What I got from this book is that relationships are complicated, and how important it is to explore them further to make them work.  I also got that sometimes letting go of a person doesn’t always mean letting go of just that person, but also their family, which is why it’s important to have relationships that aren’t based on our relationships with our significant others–people who will still be your friends, even if the relationship ends.

This book had a breezy feel to it, even though it tackled some heavy topics.  It was a nice balance, with occasional touches of humor.  I will definitely read more of Ms. Moriarty’s books.