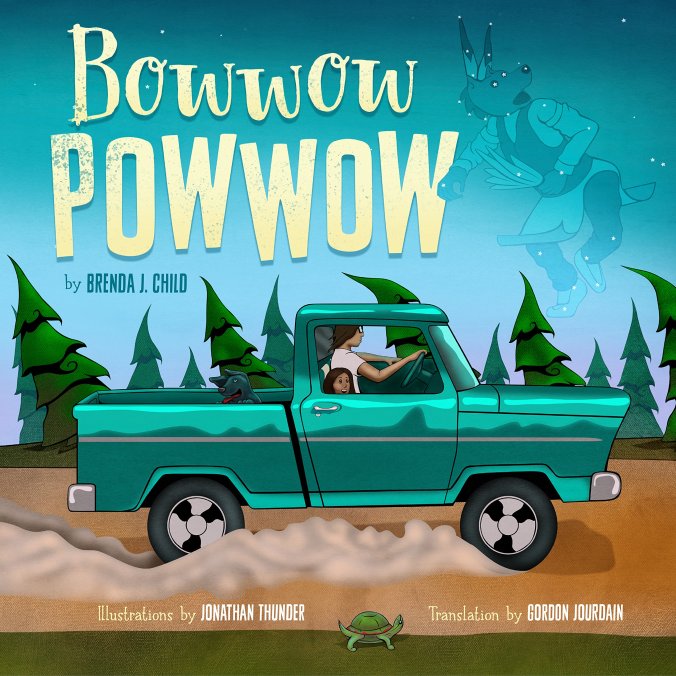 The only redeeming value of Bowwow Powwow was the title, with its nod to ablaut reduplication (https://www.rd.com/culture/ablaut-reduplication/).

I can understand why the author would make this book bilingual—if it was only published in the Ojibwe language, few would buy it, so including the English translation was smart.

It has been said that in 100 years, the only languages that will be around will be English, Spanish, and Mandarin, which I think is a shame, for I do believe it is important to preserve languages (like animal species, trees, art, etc.), especially in this world that is becoming increasingly homogenized.

The illustrations were awful—flat, without nuance, and downright creepy—all had a darkness to them and the people looked like something out of a cheap comic book.

The humanoid dogs and cats—wearing human clothing, marching, and playing the drum—was extremely creepy; closer representations to nature would’ve been appreciated.  And what was up with all the sunglasses when it was dark out? Was it to mask the windows of their souls?

Though those who have an interest in Native American customs would probably give this book a look, especially those who are a part of the Ojibwe heritage, but there isn’t a story here; rather, the nonfiction portions would’ve been better rewritten as a passage in a World Book Encyclopedia or Encyclopedia Britannica, sans the illustrations.

I generally come up with a suggested activity related to the book, but when I hate a book this much, I just don’t have it in me to do that.