She’d graduated without laude
but with writing awards,
with friendships, experiences,
& a confidence she’d lacked before.
She learned that it was okay to be an introvert,
even as she tried to perform exemplary work
to make up for it;
she learned that it was okay to be a team player
rather than a leader—
to follow what worked & fix what didn’t.
And, in her new, post-graduate life,
she stayed on where she had learned so much,
but when her last article
for the college newspaper
came into print,
she experienced
a “Mr. Smith Goes to Washington” moment.
She learned that no one could hold the presses,
no matter how much they had or
chose to give away,
& she was reminded
of a wise little girl named Pollyanna
who had said that “Nobody could own a church,”
for there was no place for censorship
at a school where critical thinking
was a prerequisite
to finishing.

When she’d been LDS—
a Molly Mormon on the outside
& some kind of nondenominational,
free-spirited Christian on the inside—
she’d had friends, good & plenty,
but when she’d lost her testimony
of Joseph Smith
& returned to her Protestant roots,
she reclaimed her creativity.
When she went back to school
at a liberal arts college,
where she was often
the red elephant in a room
full of donkeys
in varying shades of blue,
she realized that the life she was living
wasn’t a remake
but rather,
a sequel.

When she’d finally made herself proud,
her mother was higher than John Denver
in his prime
& more swift than the Blue Angels
in their time,
but it was never too late to honor her memory.

When the English & Communications Department
at Pensacola State College realized
that they needed a break from the professors & their syllabi,
from the students & their grievances,
& from the yellow water that came out of the tap,
they decided that a change of face would help.
When the red-nosed brigade came marching on
their stomping grounds,
they were like a breath of fresher air,
& so these denizens of Bldg. 4
became Rudolph for a day—
with noses that outshined their smiles. 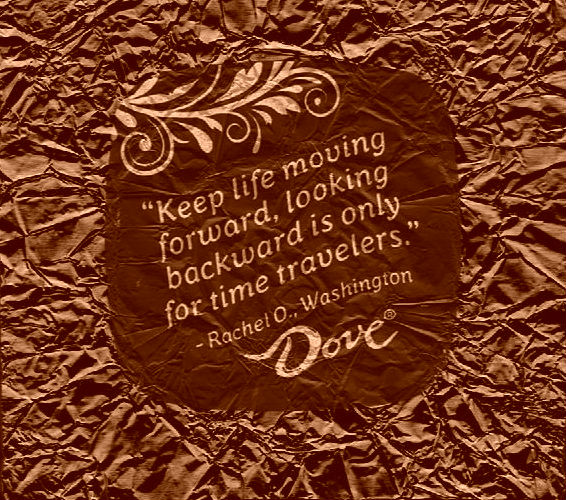 Because she believed
that she wasn’t smart enough for college,
she’d quit,
toiling away in dead-end restaurant & retail work,
soaking up life experience,
which was often greasy.
When a little bun was placed in her oven,
she found it in herself
to believe in herself
again,
or maybe even for the first time,
for being little more than the miller’s daughter
who turned words into gold.

Life had gotten hard
when her husband had gotten sick,
& their gender roles had,
out of necessity,
reversed.
There were the days
that he felt like he was
withering away in isolation,
becoming Mr. Mom & Mr. Dad;
there were the days
she felt like she was stuck somewhere between
Office Space & Groundhog Day.
But when they saw how far they had come
from almost becoming
cardboard-carrying members
of the cardboard box brigade,
saved only because they were not
alone in the world,
they knew they were each doing
what they had to do
to have the life they wanted—
not just for themselves
but for the daughter who walked between them.

When Sarah went back in time,
she faced herself at age 17,
but the young Sarah
didn’t recognize the older Sarah.
The older Sarah,
now Sarah R.,
wanted to tell the young Sarah
that it would be 20 years
before she figured it all out.
She wanted to tell her not to wait—
to do what she’d missed out on the first time
all those years ago,
until she realized that to change a minute
might change everything.
Had her child not been born,
she could’ve done just that,
but she had to let then Sarah B.
find her own way—
just as she had.
This old Sarah who was the young Sarah
looked her way once more,
& the newer but older Sarah saw
a gleam of admiration in that brown-eyed girl
she once was.
And it was then
that the 37-year-old Sarah
suddenly remembered
seeing a woman who looked like her
all those years ago.

With a cheery pink pen,
she performed a free editing service
for her friends’ papers—
adding hearts & smileys to the parts she liked
& “How about this?” to the parts she did not.
She didn’t hemorrhage all over the paper
but sprinkled it with love
by giving it constructive criticism.

Her college adventure ended,
only to beget another,
but wherever her life,
the ultimate adventure,
ended up,
the journey made her eventual destination
(& departure)
worth it.