This was my second year in community college.  I’ve learned as much about myself as I did about MLA formatting, medical coding, and how to write captions and headlines.  Life often works in mysterious ways, for I went back to school to specifically learn how to become a medical biller and coder, only to find that I don’t anymore.  The semester I couldn’t get into any classes in my major but one, I took a creative writing elective so I would still qualify as a part-time student.  That semester, I won a couple of writing awards, and began to wonder if I could bridge my career path with my passion.  When a friend of mine got a job at a hospital writing press releases and health writing campaigns, I knew it could be done.

This past semester, I interned at a hospital and that is when I discovered that coding wasn’t for me, and not because I did poorly (I made a 90% in Beginning Coding).  I just had to take something I wanted to know I didn’t want it anymore.  That said, I still have two more coding classes to go, which I consider to be “paying my dues”, for everyone has to take a class or two they don’t particularly like.

My dream is still working in a cold hospital rather than a hot kitchen, so my question to myself was, “Where do I go from here when I am two-thirds deep into my degree?”  I don’t want to be a professional college student, I want a career while I take one class every semester while building my career until I get my Masters in English and Communications, for it will be my medical degree that will pay for the other.

When I confided in my instructor about my feelings and she told me there were a multitude of jobs I could do with an HIT degree—that I wasn’t limited to coding—I felt like I’d released a breath I hadn’t known I’d been holding.  Because the one hospital I hoped to be able to work for someday had fired all their coders and contracted them out remotely, I wanted to do something else in the healthcare field; I still wanted to work in administration, because I cannot stand the sight of blood (not even my own).  How glad I am that I chose to get a well-rounded degree I could build on to rather than a college diploma, where I would be stuck doing one thing.  The only thing I’ve ever known I wanted to be is a writer, and I’m still discovering, at the age of an old millennial, what I want to be as I continue to grow (being grown up already).  I remember someone told me once, “It’s never too late to redefine yourself.”  He was right.

When I got a scholarship for my articles written for the student newspaper, I realized I’ve made a fair amount of money from my writing this year, whether through scholarships or submissions.  I say I went back to school to find myself, only to lose myself in it, so that I could find my new self.  I don’t know exactly what I want to do with this degree, but I know what I don’t want to do, and I know where to look for the career I want.  My ENC1102 professor told me that’s what makes a person educated—not that they know the answer to everything, but they know where to find the answer.

There’s a line from an old movie about married women being like a solved crossword puzzle, but that isn’t true; I’m still solving my own clues, because we’re human beings, subject to change—yesterday, today, and forever.  And yet, perhaps I haven’t changed at all—I’m simply discovering that I am more than what I thought I was.

I was thinking the other day, how I see my thirties as a second chance at my twenties.  I feel like I’m doing all the things I should’ve been doing ten years ago, but just didn’t get around to, because I didn’t know then what I know now.  A part of me wishes I had finished college, but I didn’t know what I wanted to do until less than a year ago.  Had I toiled through school and graduated, I probably wouldn’t have had the experiences I’ve had, or met the people I did, and I wouldn’t trade all that for a degree in something I wasn’t passionate about.

Not that I’m passionate about Medical Billing and Coding, but it’s a marketable skill for which I have the aptitude for, not to mention it’s a rung on a ladder, rather than a stepstool (i.e. not a dead end).  What I like most about it is that it’s not customer service oriented.  We don’t have to greet customers with some line of baloney the higher-ups cooked up (and don’t have to say, and probably never did, because they didn’t start out at the bottom, because they had a degree, etc.).

I waitress at a fifties-style Greek diner–a position where customer service is tantamount, but I also have the freedom to be myself.  All we have to do is tell them what the specials are, and, at the end, ask if they would like any homemade (I always mention homemade) pie or cheesecake.  I don’t have a script I have to follow.  I tend to give terrible customer service (not intentionally) when I have to be unnatural–I come off as very tense, because not being able to be myself stresses me out.

When I worked at Walgreens, even if the same person came in everyday for a pack of cigarettes, we had to ask them every single time, “Would you care to buy or donate a candy bar to the U.S.O.?”  The manager didn’t worry about cartons of cigarettes being stolen, but she worried about us not upselling fifty cent candy bars.  Retail is rife with common nonsense.

This is why I’m going into a field that fits my introverted and no B.S. personality.  What I will be doing is too important to fool with foolishness such as conversing with people from a script.

Seguing to my opening statement, I am doing, in my thirties, what most people did in their twenties–get married, have children, and getting a formal education.  A part of me wishes, had I known then what I know now, that I had done that last thing first.

I feel like I am trying to squeeze in all the things I should’ve done ten years ago, especially when it comes to my writing.  If nothing else, I should’ve gotten an English degree (I could’ve always went back to school, but at least I would’ve had something).  My uncle once said my dad (his brother) is the only person he’s ever known who went to college to get an education (rather than career advancement).  I am choosing to go back for both, though the more money thing is what tipped the scales towards going back, when for so long, I was convinced I wasn’t smart enough to finish college.  Now I know I just need to apply myself.  I can do this. 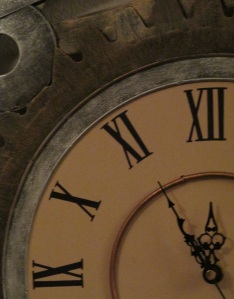 So many years, I’ve avoided college because I didn’t think I was smart enough. I took an assessment test today at the facility, and the recruiter told me I had to score at least a 13; I scored a 31, and she told me a score over 30 was almost unheard of. I needed that boost of confidence. Math (the kind that mixes letters and numbers) has always been the bane of my educational existence. That’s why I didn’t stick with college because I knew to get my degree, I would have to pass it, and I was so convinced I wouldn’t be able to. I know it won’t be easy, but I also know if I try hard (and focus) enough, I can at least pass it. If only I had known at 22 what I know at 32 . . .

I was one of those lazy people who only wanted to do what came easy, assuming that all those who got master’s degrees didn’t have to work as hard as I did to get an A. I look at this new chapter of my life as a challenge to work my brain in a different way, perhaps even help me hone my creativity more. I am a big believer in simplifying our lives in any way possible (for example, I have a house cleaning schedule I stick to, which helps because I am forgetful, and I don’t have any more bath towels or dinner plates than I need), but that doesn’t mean we must be simple-minded. We should all be lifelong learners.

The biggest catalyst in making this decision was my daughter. Of course, I am doing this for myself, too (she was just the final push), but I want to be an example to her that you’re never too old, and it’s never too late to learn a new skill, better ourselves, and work towards financial peace. For so long, I’ve worked low-wage restaurant and retail jobs, where most bosses, especially if you do a good job, prefer to hold you back so they can keep you where they want you. In getting an education and proving my worth, I will be bypassing all that. I like to shop and eat, but I don’t want to work in those kinds of settings. Those jobs are fine, as long as they’re temporary and you’re working towards something. I think one can have more enthusiasm for a job like that if they know it’s only temporary—that better things are coming.

Completing this program of study will also give me the confidence I need to look for that job, be proud of my resume, not be nervous at an interview, etc.

I can finally see what is at the light of the end of the tunnel—a path which has shortened considerably, now that I know what I want to do.